WWE Raw: September 4th, 2021, marked Night 2 of WWE Draft 2021. Round 1 did not have major changes except Becky Lynch jumping brands, and kicking off the live show at Nashville.

Adam Pearce and Sonya Deville announced the four picks of Round 1. 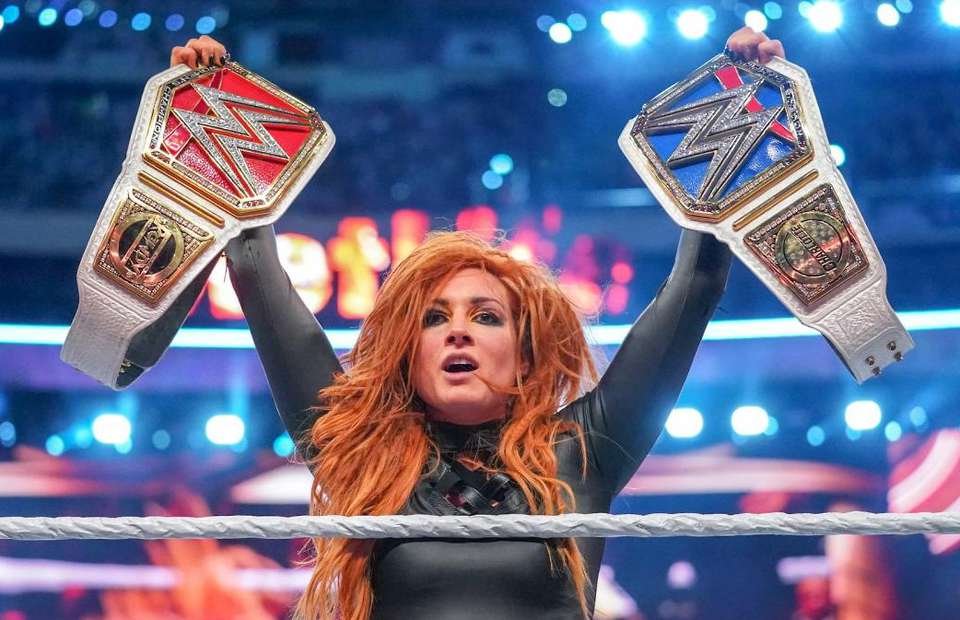 Coming to The Man’s move to the red brand, she kicked off the show by claiming that she is the first pick for Monday Night Raw. In fact, she announced that since it’s her show and she’s holding the SmackDown Women’s title, it was time to take on Charlotte Flair and become Becky Two Belts again.

"Before you were Becky 2-Belts, you were just Becky Pre-Show!"

Moreover, Bianca Belair and Charlotte Flair have been announced for WWE Raw: September 4th, 2021. If Belair wins the match and becomes the new WWE Raw Women’s Champion, the rivalry between Lynch and Belair could continue on Raw for BOTH the titles.

And, this is the perfect opportunity for Belair to fulfill her goal of pinning all four Horsewomen of WWE. She’s two down, two to go. Charlotte Flair could be third!

On the other hand, if Lynch loses the SmackDown Women’s title to Sasha Banks at Crown Jewel 2021, Banks and Flair could feud for the same on SmackDown.

Of course, with the Women’s Champions switching brands, the swap of titles will need to be smooth. Expectedly, the swapping should begin from WWE Raw: September 4th, 2021.

Even if Belair doesn’t win the title, she’s definitely going to be in the feud for the WWE Raw Women’s Championship soon.

Read More: Roman Reigns to Edge: Every WWE Draft Pick After Night One on SmackDown

The Usos remaining on WWE SmackDown was important

Currently, The Usos are the SmackDown Tag Team Champions. Additionally, they are a part of Roman Reigns Bloodline. Hence, the company will not break apart The Bloodline anytime soon given the way it’s been taking on rivals, even The New Day recently.

Finally, The Usos remaining on SmackDown was extremely important for Paul Heyman. If not anything else, Roman Reigns would have definitely taken it personally if The Bloodline was split up.

Watch This Story: Roman Reigns To Brock Lesnar: WWE Superstars Who Speared Their Opponents Through The Barricade

Paul Heyman definitely let out a sigh of relief after Sonya Deville picked The Usos for SmackDown!

“Going from the best team in the NBA to the worst was a mind-f**k”: Draymond Green admits that he lacked motivation during the Warriors 2019-20 season with Steph Curry sidelined