Former WWE Champion ‘The Fiend’, aka Bray Wyatt took to Twitter during tonight’s WWE Extreme Rules PPV and uploaded a massive throwback photo of him where he is seen with his ‘Wyatt Family’ faction.

The pro-wrestling fans are eagerly waiting for the return of Bray Wyatt ever since he was let go by WWE earlier this year. Since then, Wyatt is serving his 90 days non-compete clause; however, his clause will get over next week and it looks like Wyatt will return to the squared circle.

However, it looks like he is moving to AEW, given that the show will be in Rochester, New York, which is Brodie Lee’s hometown.

Watch this story: Former WWE Superstars Who Are Thriving in AEW

Bray Wyatt drops a major hint for his future

Wyatt uploaded a pic on his Twitter of a time at WWE house show during their Holiday Tour back in 2013, where ‘The Wyatt Family’ took on Daniel Bryan and The Usos.

Eventually, the babyface team of Bryan and the Usos won back then. However, Bray uploading this picture could mean that ‘The Eater of the Worlds’ is itching to debut on AEW.

We can see that Wyatt is standing next to the late Brodie Lee who was employed in AEW during his last days and the AEW event next week is happening on Lee’s soil, and Bryan might make his appearance to honor Lee’s legacy.

Wyatt could become the leader of the ‘Dark Order’ 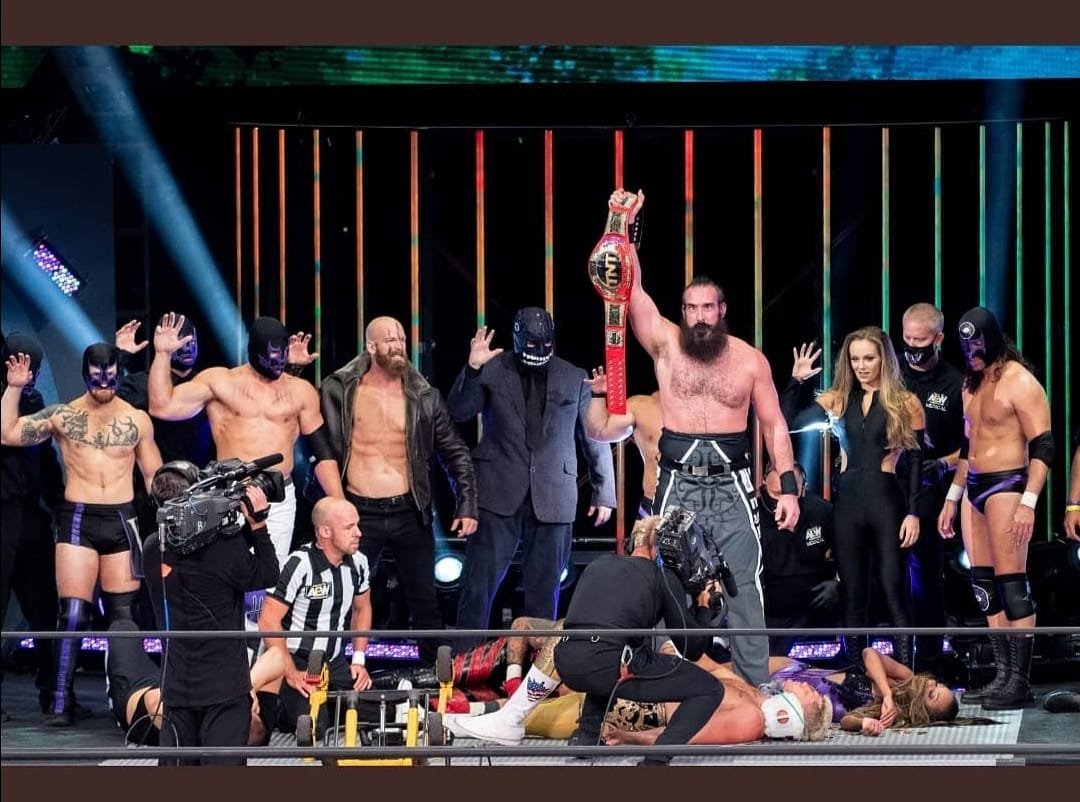 Eric Rowan also made few appearances for Tony Khan’s company and also paid tribute on an episode dedicated to Brodie Lee. With Rowan and Wyatt in their corner, AEW can create a bigger faction than ‘The Wyatt Family’.

Wyatt’s 90 days no-compete clause will be over by next week and he will be eligible to wrestle again.

“Tracy McGrady got up so high for his shot, all you could do was hope he missed it”: How Paul Pierce described the harrowing experience of guarding the Rockets legend