UFC featherweight Brian Ortega took to social media and provided an update to fans following his loss at UFC 266. Despite putting up a valiant effort, ‘T-City’ was outclassed by Alexander Volkanovski who dialed in his second title defense. Volkanovski landed a record number of strikes in the fight and the damage was evident on Ortega once the final bell sounded off.

In both of his title fights, Brian Ortega has absorbed hellacious beatdowns and is expected to be on the sideline for a while now. He revealed that he had fractured his orbital and also bruised some ribs following his war against Volkanovski. Additionally, he also promised to be back in full force relatively soon once he had healed up.

Brian Ortega’s response to his loss at #UFC266, via his IG.

“Fractured orbital and some bruised ribs, once this orbital heals ill be ready to chuck em again!! I mean what I said.” pic.twitter.com/TrixKGjNxp

Coincidently, Brian Ortega also suffered a broken orbital after his UFC 231 scrap against Max Holloway in December 2018. The injury kept him out of action for over a year until he returned to face ‘The Korean Zombie’ in October 2020. Ortega has now absorbed more significant strikes in his two title fights than the rest of his career combined.

Also Read: ‘I Will Leave Alcohol in My Past’- Jon Jones Breaks Silence After His Recent Controversy

Where does Brian Ortega go from here?

Brian Ortega is now 0-2 in UFC title fights and he’s likely going to have a long wait before he reaches the top once again. The featherweight division is chalked full of talent and there are many fighters vying for UFC title shots. The divisional landscape seems to be set for a while and Ortega has a lot of work to do. 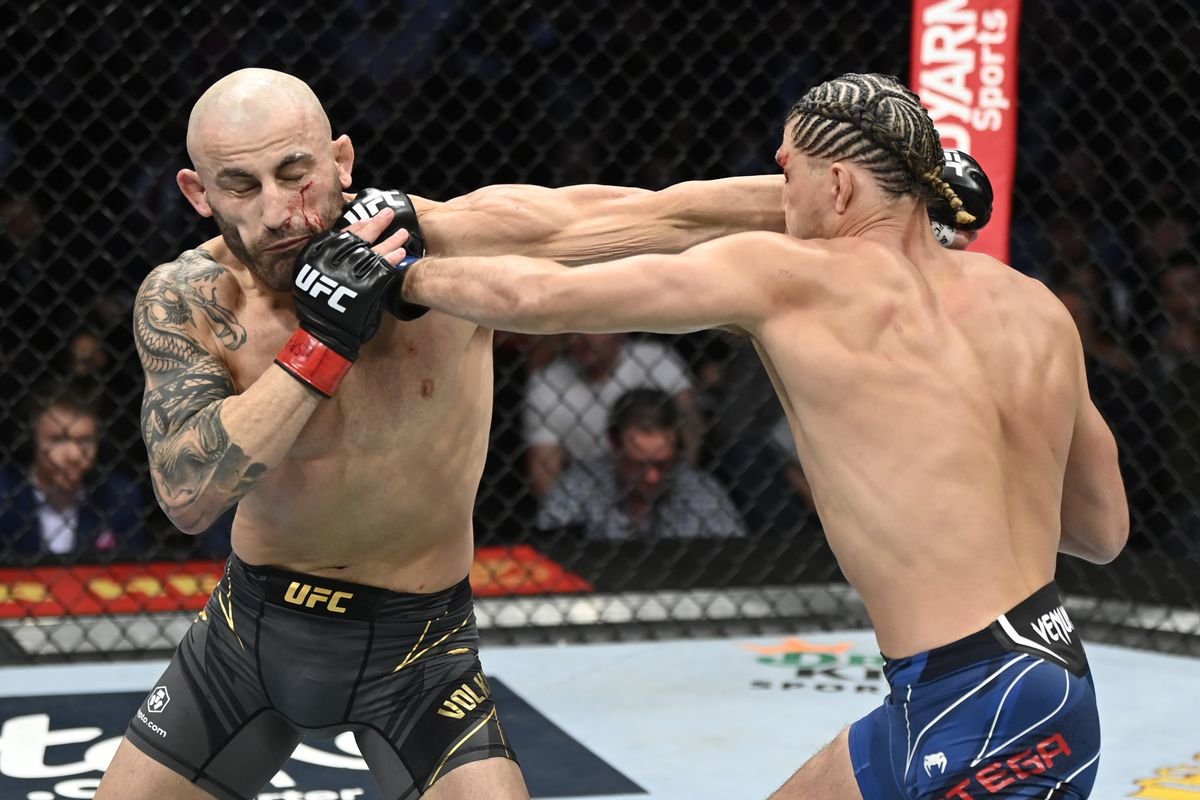 Ortega will keep an eye on the upcoming bout between Max Holloway and Yair Rodriguez set for November 13. More likely than not, Ortega will be matched up with the loser of the bout. He’d ideally like to face Rodriguez who would be a fresh face.

Another fighter who is surging up the ranks is Arnold Allen and he would be keen to test himself against Brian Ortega who is an established name in the division. For the foreseeable future, ‘T-City’ will have to defend his number two ranking in the shark tank that is the 145-pound division.

The post Brian Ortega Reveals the Injuries He Suffered in his Five-Round War Against Alexander Volkanovski at UFC 266 appeared first on EssentiallySports.

“I saw Wilt Chamberlain and Bill Russell play, they have no idea”: Kareem Abdul-Jabbar expresses his thoughts on the tired NBA GOAT debates on ‘Off the Dribble Podcast’ by Byron Scott