Young fans and hopefuls usually look up to successful, big names for inspiration and mentorship. After all, following the path of a success story can at least point one in the right direction, if not take them to the destination. Surprisingly, NASCAR Cup Series champion Kyle Larson doesn’t feel he’s good enough to be a mentor.

Larson, who was recently celebrated in his hometown of Elk Grove, spoke to the press on several things. One such thing was the question of mentoring younger drivers. The Hendrick driver admitted that he’s ‘always willing to answer’ the questions his fans might have. That being said, he feels he cannot be a mentor to anybody.

“I don’t think that I mentor anybody,” Larson said.

“It’s hard for me to articulate what I do in the car and talk or explain it.”

Larson, who has also made a name for himself in dirt racing, explained how he couldn’t even coach his NASCAR teammate, Chase Elliott. In the recent Hangtown 100 dirt race, Larson finished with a win, but Elliott failed to even qualify.

“..even with Chase Elliott this week in the midget, I don’t feel like I’m a good coach.”

He added that as he gets older, he might be open to becoming a mentor. Larson believes mentoring someone isn’t more of a job, but a natural, organic process.

The 29-year-old driver was born and grew up in Elk Grove, California. And deservedly, he was given a heroic welcome after his NASCAR title win.

Larson was given a parade around the neighbourhood as his fans and members of the community joined in the celebrations of the local boy turned national champion.

The community was so proud of their ‘son’ that 22 November was officially declared as Kyle Larson Day. 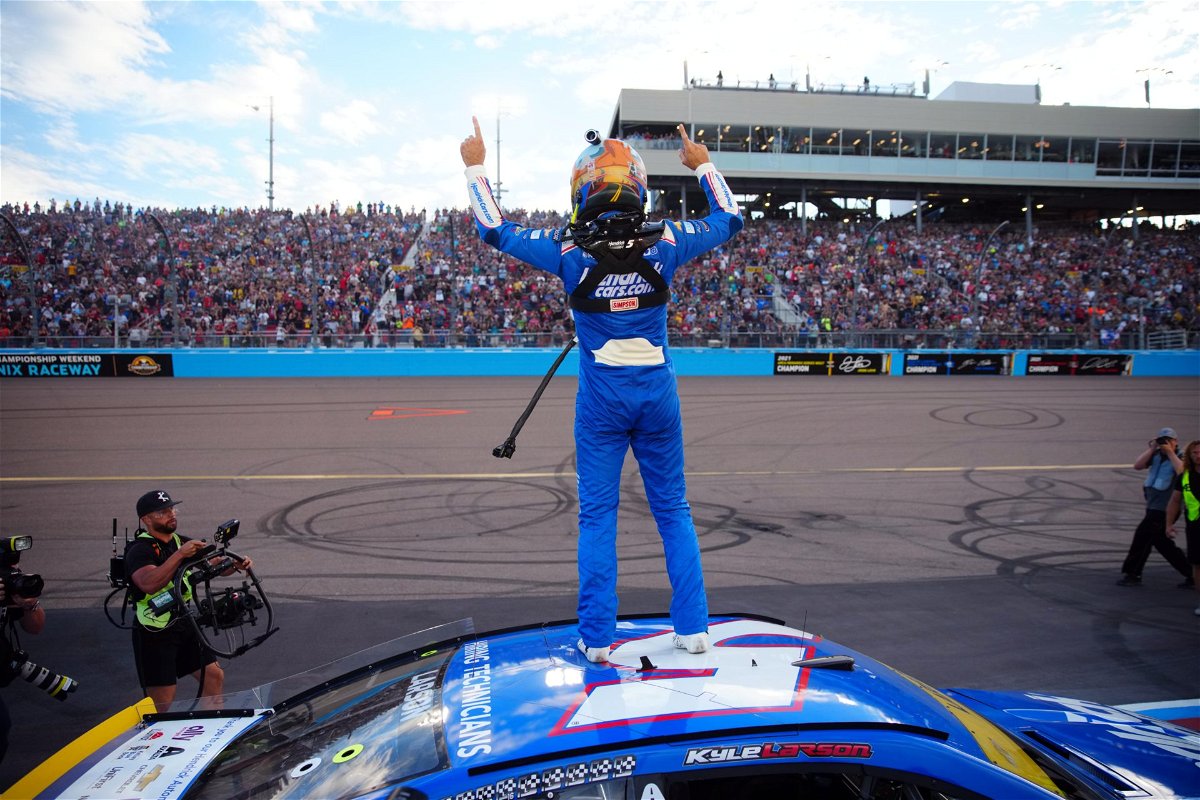 It’s Kyle Larson’s personal decision if and when he wants to mentor young drivers. Either way, his fans and other NASCAR aspirants will continue to be inspired by him.

Because one thing nobody, even Larson himself, can’t take away from the world now is his growing legacy, his story. The story in which he saw the lowest of lows, yet turned them into the highest of highs.

And as things look, the highs are set to become higher in the coming years.

The post Kyle Larson Explains Why He Isn’t a Good Mentor With Chase Elliott Example appeared first on EssentiallySports.