This weekend, Teofimo Lopez will finally take up the ring space to defend his lightweight titles. The undefeated fighter will face George Kambosos Jr. for his WBA, IBF, and WBO lightweight title defense. This fight got re-scheduled multiple times this year.

Initially, Triller had the rights, but this bout got awarded to Matchroom Boxing, i.e. the second-highest bidder.

Lopez, originally a Top Rank fighter, worked well in sync with Matchroom Boxing over the past few weeks. Recently, he chatted with iFL TV over his experience with Eddie Hearn and Matchroom Boxing.

“Phenomenal, you know, Matchroom Boxing, with DAZN and Eddie Hearn. It’s just phenomenal man. It’s just great on different platforms at the moment and take advantage of this but also connect with them. Let them know that hey you know you guys can have me again, who knows?”

“So it’s all about just doing those things, man. But I’m thankful to be on a beautiful platform like this,” he added.

Lopez was desperate to defend his titles after beating Vasyl Lomachenko to win them. Since then, ‘The Takeover’ took a long hiatus, due to which the entire lightweight division stagnated.

Now, as Lopez is all set to storm into the ring this weekend, Matchroom would look to make this bout worth remembering for the champ.

In the past, Teofimo Lopez’s father, Teofimo Lopez Sr, had said, “We ain’t fighting with Top Rank no more unless it’s Pay-per-view.” It is a clear sign that they are open to leaving Top Rank. 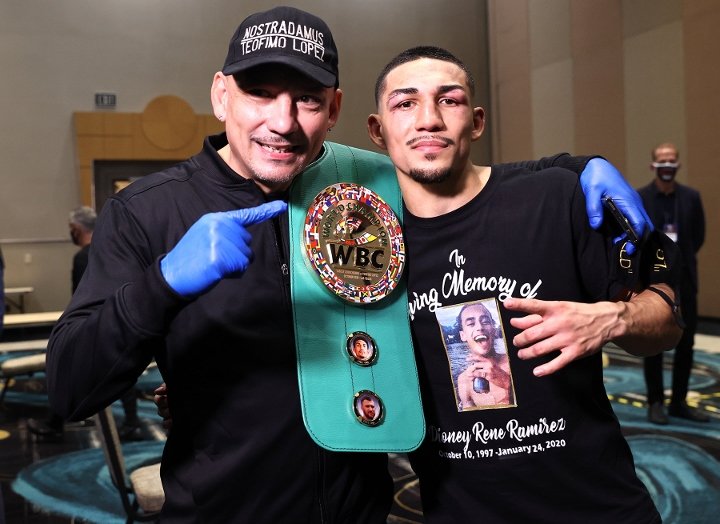 Also, the purse bids of the Lopez vs Kambosos Jr. fight deteriorated the relationship between Arum and the unified lightweight champ’s corner.

What do you envision between Lopez and Matchroom boxing in the near future?